This article is based on my Master’s Thesis in which I wanted to specifically review the phenomenon and discussion around sustainable development because of its increasing importance in the planning, evaluation and funding of development projects and programs worldwide. The concept has become one of the most widely used global ‘buzz words’ for gaining funding and justify development interventions during the past two decades (Scoones 2010, 153). At the same time, sustainable development has also been able to create true success stories and positive change as it has allowed solutions initiating from the global South.

In the discussion on Human Development and sustainable development, the people are in the center of the discussion. Both concepts emphasize the importance of agency, both for individuals and for communities. The concept of agency has deeper roots in the sociological and development discussion and several common concepts of today’s development attempts have drawn ideas from the theories on agency. (e.g. Deneulin & Shanani 2009, 30.) As the people are in the center of discussion, it is important to think how agency can be exercised within the existing social context and the parameters of a development program or a project.

This article examines how agency is conceptualized in the discourses of small-scale non-governmental organizations (NGOs) aiming towards sustainable development in Jinja area, Uganda. This scope was selected because, according to Banuri and Najam (2002), it is important to look at the processes and actions that have potential to lead to sustainable development rather than try to measure it. Therefore this article does not make arguments of what kind of projects lead to socially sustainable development or aim at measuring the level of sustainability of any specific projects. Rather, the aim is to understand how the NGOs attribute agency to different actors in their development interventions.

One of the key terms of the Human Development Approach is agency. In this approach an individual practicing agency is understood “as someone who acts and brings about change, and whose achievements can be judged in terms of her own values and objectives, whether or not we assess them in terms of some external criteria as well” (Sen 1999, 19). Particularly, Amartya Sen’s theory is concerned with “the agency role of the individual as a member of the public and as a participant in economic, social and political actions” (Sen 1999, 19). Sen argues that in development practice “the people have to be seen … as being actively involved – given the opportunity – in shaping their own destiny, and not just as passive recipients of the fruits of cunning development programs” (Sen 1999, 53). From this perspective, development relies on individual agency: people’s freedom to make decisions, define priorities and choose the best means to achieve development (Deneulin & Shanani 2009, 27–28).

The exercise of agency is tied to questions of power and authority. To be an agent depends on the ability to act and make a difference. Thus, to be an agent requires exercising some sort of power. The power to act is constrained by social structures, which usually means that some individuals are in better social positions to deploy resources, to shape rules and to exercise power than others. (Cleaver 2007, 227–228.)

Another important aspect of agency is to recognize the importance of unconscious motivations. Not all acts are the results of conscious strategy but they can be acts of everyday habits and routines. (Bourdieu, 1977; Giddens 1984.) For actions to become real there is a need for both material possibilities and sense of agency, or ‘power within’ (Kabeer 1999a, 438). Agency can take a form of negotiation, bargaining, manipulation, deception, subversion and resistance too as well as even more cognitive processes of analysis and reflection. Important point is that people need to conceptualize their own agency, have a sense of agency. (Kabeer 1999a, 438; Kabeer 1999b, 4.)

Originally the concept of sustainable development was prompted in 1970s by the debate following a report of the Club of Rome which drew attention to the environmental consequences of economic growth. However, the concept took more substantial shape in 1987 when the report by the World Commission on Environment and Development, “Our Common Future”, was published. (Throsby 2008.) Since the introduction of the Human Development Approach and the first Human Development Report by UNDP in 1990, the valuation of social and cultural aspects has become more important along the ecological and economic ones. The Human Development approach replaced the centrality of economic growth in the development policies by broader notions of development as a human-centered rather than a commodity-centered process (Throsby 2008, 2).

Originally, the report by the World Commission on Environment and Development, “Our Common Future”, defines sustainable development as “development that meets the needs of the present without compromising the ability of future generations to meet their own needs” (WCED 1987, 43). There are three commonly accepted dimensions within the concept of sustainable development: ecological, economic and social. In the Brundtland report, the concept of social sustainability is described as being based on ethical principles, such as social justice, equity within and between generations, and peace and security (WCED, 1987). In addition, the concept of values is an important aspect for social sustainability. Social sustainability relates not only to the stability of social systems but also to the maintenance of community values. These values relate to the ethics, value systems, language, education, work attitude, class systems and so on, that influence societal relations and systems. (Nurse, 2006.) Importantly, in sustainable development there is a desire to ensure that the transformation will not only happen but will also persist. Initiatives striving for sustainable development are investing in the process of rootedness and such processes should be able to adapt to changing times as well as changing contexts. (Banuri & Najam 2002.)

The research revealed that agency was mainly attributed to four different groups of actors: individual NGO activists, local volunteers, local leaders and community members. In addition, the interviewees attributed agency to the NGOs which was discussed in relation to the other groups throughout the whole analysis.  Agency was not attributed only through practical activities but also through more analytical processes. Most of the interviewees perceived that the core of sustainability is in the sense of agency of the community members’ – that the community members feel that the development processes are theirs in comparisons to the NGOs. These considerations are also important for the previous discussions on sustainable development and agency.

The individual NGO activists attributed agency to themselves by discussing often about their own motivations to do NGO work in Uganda. The agency was manifested through founding an NGO or working in the field of community development in Uganda. Their motivation to act mainly rose from personal interest and will to see and be part of the change in the Ugandan society. The concrete actions were not only targeted to improve the lives of specific groups of people but also towards harmful habits and taboos that were perceived to affect the Ugandan society as a whole. They wanted to act either because they were disappointed with the Ugandan government and its capability to provide basic services, for example education, or because they wanted to see a change in Ugandan society and culture, for example in the way women are treated in the society.

Most interviewees reported that their NGO recruits individuals from the local communities to work as volunteers in the projects. The volunteers were attributed agency in two ways: as being willing to work concretely with the NGOs activities and as mentally supporting the NGO in order to enhance the trust and cooperation with the rest of the community. The efforts of the local volunteers were highly valued and it became clear that many functions of the NGOs were perceived not feasible without local volunteers.

Considering the first, more practical side of local volunteers’ agency, it was stated that the volunteers have several roles in the development interventions, for example when conducting surveys and continuing trainings in the communities even after the NGO is not present anymore. From the second point of view, involving local volunteers was perceived important for gaining trust and understanding from the communities. Local volunteers were described to be providing information to the NGOs that can be hard to reach for outsiders. The volunteers were also seen as being able to create trust and share the information in a more reliable way than the project workers themselves who were considered ‘outsiders’.

As according to Bourdieu (1977), the community members and the NGOs were attributed agency in a sense that the interviewees perceived them being capable of generating cultural change towards more sustainable development, especially in relation to health and other sensitive issues. Therefore, in line with Kabeer (1999a, 438), it is clear that agency in the processes of socially sustainable development is more than just observable actions. The need for the people to understand, want or ‘own’ the development processes was perceived important also in the scope of this research. Consistently with previous research (Bourdieu, 1977; Giddens, 1984; Banuri & Najam 2002) I also found that agency is not only important in the framework of the project or programme itself but it should also exist in everyday habits and routines in order to create socially sustainable development. According to the interviewees, sustainable development is happening through building communities, trust and partnerships that maintain also after the actual project has finished (Banuri and Najam, 2002).

Interestingly, along the analysis it became clear that the agencies seemed to intertwine with each other in a way that resulted in enablement and disablement of the agencies of different actors in different situations. Many times NGOs were reliant on the agency of the community members, local volunteers or the community leaders in order to exercise their own agency and vice versa. For example, with limited financial resources NGOs were reliant on the volunteering of local community members in order to make their projects function. I found this paradoxical in comparison to the normative literature on socially sustainable development in which handing agency to the local communities is presented as a rather simplistic solution to reach sustainable development. In reality, development projects are functioning through social interactions and therefore it is impossible for one individual or a group to hold full and exclusive agency at different stages of such project.

Elliot, Jennifer A. (2006): An Introduction to Sustainable Development. London: Routledge.

Giddens, Anthony (1984): The Constitution of Society: Outline of the Theory of Structuration. Cambridge: Polity Press.

Kabeer, Naila (1999a): Resources, Agency, Achievements: Reflections on the Measurement of Women’s Empowerment. Development and Change 30, 435–464.

Kabeer, Naila (1999b): The Conditions and Consequences of Choice: Reflections on the Measurement of Women’s Empowerment. UNRISD Discussion Paper No. 108.

Throsby, David (2008): Culture in Sustainable Development: Insights for the Future Implementation of art. 13. 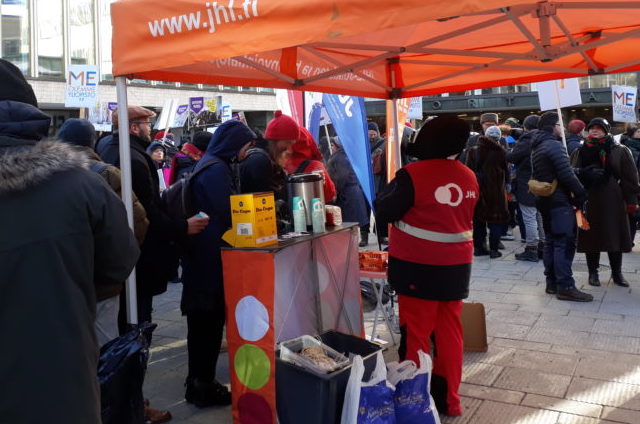 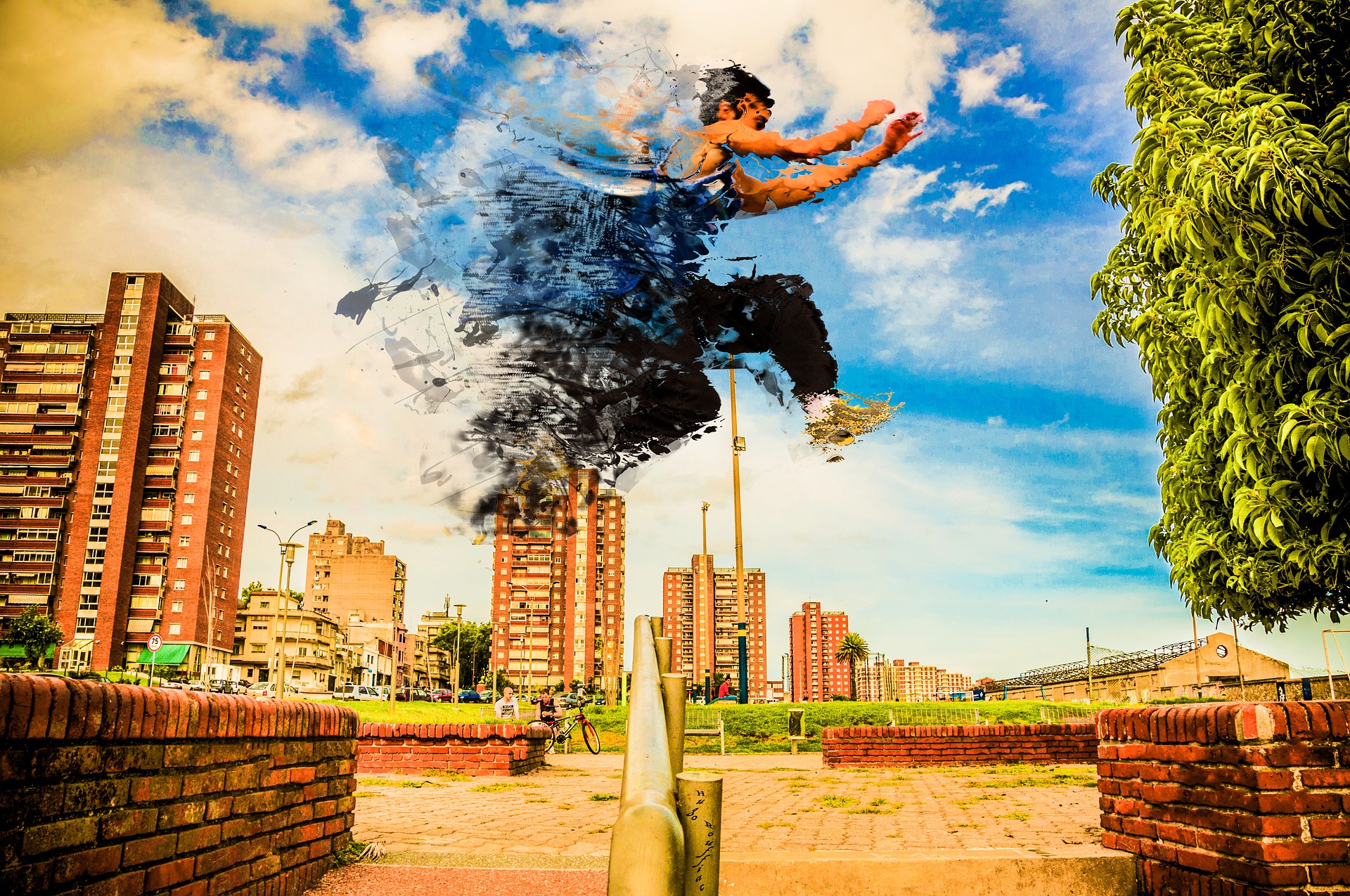